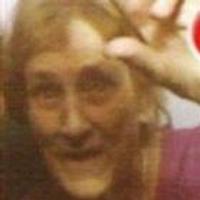 Barbara Ann (Field) Everett, 71, of Hagerstown, passed away on Wednesday, December 18, 2013 at the home of her daughter in Waynesboro.

Born February 16, 1942, in Newbury Berks, England, she was the daughter of the late Reggie and Dorothy Field.

Barbara was a member of Morris Frock American Legion Post 42 where she worked as a cook for over 30 years. She was also a member of Victory Baptist Church in Boonsboro. Barbara will be remembered as a loving wife, mother (of two hardheaded girls), and grandmother.

In addition to her parents, she was also preceded in death by her loving husband, Donald Gene Everett, who died in 2010 and several brothers and sisters.

Friends will be received one hour prior to the service at the funeral home.

www.rsthvn.com
To order memorial trees or send flowers to the family in memory of Barbara Ann Everett, please visit our flower store.