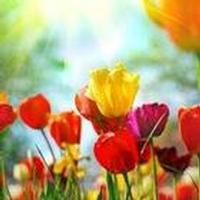 Born February 16, 1921 in Hagerstown she was the daughter of the late, John G. and Edna (Iseminger) Hoke. In addition to her parents she also was preceded in death by her loving husband of 17 years, William Grove; a daughter, Carolyn Hessong; five brothers, Donald, Eugene, Bob, Ralph and John R. Hoke; two sisters, Marie Fuller and infant, Elouise Hoke.

Mrs. Grove retired as a supervisor at Fenwall Electronics.

Her hobbies included, playing cards and playing the organ.

She is survived by one grandson, Craig Hessong; one granddaughter, Madyson Hessong; one sister, Mary Jane McCauley and son in law, Steven Hessong.

A memorial service will be conducted on Saturday, December 20, 2014 at 1:00 P.M. at Rest Haven Funeral Chapel, 1601 Pennsylvania Ave., Hagerstown with the Rev Donald Nolder officiating.

In lieu of flowers memorial contributions may be made in Catherine's name to the American Cancer Society, P.O.Box 22718, Oklahoma City, OK 73123-1718

www.rsthvn.com
To order memorial trees or send flowers to the family in memory of Catheriine Lorraine Grove, please visit our flower store.