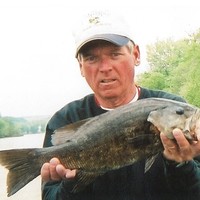 Frank Walter Baker, Jr., 70, of Clear Spring, passed away Tuesday, December 24, 2019 at MedStar Georgetown University Hospital, in Washington D.C.
Born December 23, 1949, in Hagerstown, he was the son of the late Frank Walter Baker, Sr. and Grace Marie (Corder) Huffer.
In addition to his mother and loving stepfather, Roland G. Huffer, he is also survived by his two loving sisters, Shari Mummert and her husband Dwight Mummert and Mary Ann Swope, all of Hagerstown.
Along with his father, he was also preceded in death by his brother, Charles Baker.
Frank was a proud veteran of the United States Marine Corps during the Vietnam War.
He retired as a maintenance mechanic from East Alcoa.
Frank belonged to several area hunting clubs. His biggest joys in life were spent outdoors, hunting and fishing.
A funeral service will be held at 11:00am on Tuesday, December 31, 2019 at Rest Haven Funeral Home, 1601 Pennsylvania Ave., Hagerstown. Burial will follow in Rest Haven Cemetery with military honors being accorded by the United States Marine Corps.
The family will receive friends one hour prior to the service at the funeral home.
In lieu of flowers, memorial contributions may be made in Frank's name to Rest Haven Funeral Home, Inc., 1601 Pennsylvania Ave., Hagerstown, Maryland 21742.
www.rsthvn.com
To order memorial trees or send flowers to the family in memory of Frank Walter Baker, Jr., please visit our flower store.