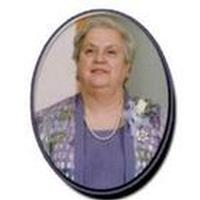 Born June 3, 1935, in Hagerstown, she was the daughter of the late John Daniel and Naomi Virginia (Houser) Spielman Kendle.

Leda was a 1953 graduate of Hagerstown High School.

She was a member of Evangel Baptist Church in Hagerstown.

She retired in 1996 as a cashier at Safeway Grocery Store after 30 years of service.

In addition to her parents, she was preceded in death by a son, George F. Harnish Jr.; and a brother, Jim Spielman.

The family will receive friends one hour before the service at the funeral home.
To order memorial trees or send flowers to the family in memory of Leda M. Harnish, please visit our flower store.