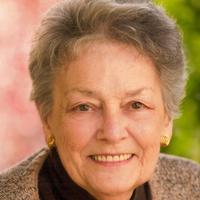 Born April 2, 1931 in Baltimore, Maryland, she was the daughter of the late Clarence Aldine and Angie Louise (Woltz) Hiner. In addition to her parents she also was preceded in death by her husband of 43 years, Joseph A. Marschner, as well as two brothers, Robert "Bob" Clinton Hiner and Richard Edward Hiner.

Mrs. Marschner was a 1949 graduate of Eastern High School where she was a Peabody Prize Recipient; she received her BS in Education and Advanced Professional Certification from Towson State Teachers College.

After retirement she enjoyed traveling to England and Ireland, and spending time with her family, in particular her grandchildren and great grandchildren.

A memorial service will be conducted on Saturday, May 6, 2017 at 11:00 a.m. at Rest Haven Funeral Home, 1601 Pennsylvania Ave., Hagerstown, with Rev. Patrick Ricker officiating.

Friends will be received at the funeral home on Friday from 6-8 p.m. and on Saturday one hour prior to services.

In lieu of flowers memorial contributions may be made in Nancy's name to Conococheague DAR Chapter Scholarship Fund, in care of Jeanette Higgins PO Box 653 Funkstown, MD 21734 or to the Hospice of Washington County, 747 Northern Ave, Hagerstown, MD 21742.

.
To order memorial trees or send flowers to the family in memory of Nancy Hiner Marschner, please visit our flower store.