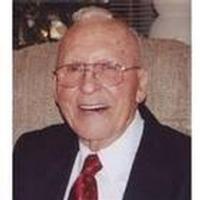 Mr. Dunahugh had worked as a painter and truck driver.

He was a member of the Emmanuel Baptist Church, Hagerstown.

In addition to his parents, he was preceded in death by three sisters, Carlita Bowman, Evelyn Viands and Mildred Keller, and one brother, Raymond Dunahugh.

Friends will be received at the funeral home Tuesday from 6 to 8 p.m.

Memorial contributions may be made in Mr. Dunahugh's name to the Hospice of Washington County, 747 Northern Ave., Hagerstown, MD 21742.
To order memorial trees or send flowers to the family in memory of Robert Lee Dunahugh, please visit our flower store.