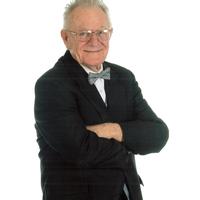 Bill Henry, 90, of Hagerstown passed away on Sunday, May 28, 2017, quietly at home surrounded by family. Mr. Henry was born on August 6, 1926, in Hagerstown and was the son of the late Edna Elizabeth Light Henry & John Truen Henry.

He was a third generation member of the Christ Reformed Church of Hagerstown.

He was an avid golfer and a sports fan of both the Orioles and Red Skins.

Mr. Henry retired from the Maryland Correctional Institute in Hagerstown in 1992. Previous to that he owned and trained thoroughbred racing horses from 1961 through 1970, and was an accountant for the Statton Furniture Company prior.

He was a veteran serving in the Navy during WWII. He was a graduate of Hagerstown High School and Hagerstown Business School.

Brothers Richard and Thomas, both of Hagerstown and a sister Betty Hessong of Hagerstown, preceded him in death. He is also preceded in death by a daughter-in-law, Suzanne Stone Henry of Hagerstown.

A memorial gathering of family and friends will be at the Rest Haven Funeral Home on Pennsylvania Avenue in Hagerstown this Friday, June 2, from 6 8pm.

The funeral service and internment will be on Saturday, June 3 at 1pm at Rest Haven. Services will be officiated by the Rev. Dr. Gregg Meserole of Christ Reformed Church.
To order memorial trees or send flowers to the family in memory of William Earl Rock Henry, please visit our flower store.