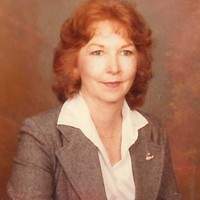 Alice Rose (Berwick) Sigillito, 90, of Boonsboro, MD, passed away peacefully at her home, under the care of Hospice on Tuesday, October 8, 2019, in the presence of all of her immediate family.
Born March 21, 1929 in Schulter, Oklahoma, she was the daughter of the late Robert Berwick, and the late Edith (Crissler) Berwick.
She married John M. Sigillito on April 30, 1949.
She was a 1947 graduate of Bellingham, WN, High School and a local business college.
Her early marriage years were spent as a Navy wife, before entering the insurance business as a licensed agent and serving as administrator for their business, the Sigillito Insurance Service in Falls Church, VA.
She was later employed as Program Coordinator by the American Newspaper Association in Reston, VA for several years before entering the hospitality industry with husband John and all four of their adult children. Over the years, they owned and operated two large motels, the Sigwick Inn and Golf Club in Leesburg, VA and the Cliffside Inn in Harpers Ferry, W.VA, as well as several small restaurants. Their final business was Sigs Hideaway Caf and Lounge in Frederick, MD, which they closed in 2004 before retiring to Boonsboro in 2005.
She is survived by her husband of 70 years, John M. Sigillito of Boonsboro; three daughters, Cathie Rider and husband Michael of Polk City, FL; Rose Mary Mc Intyre and husband James of Clayton, NY; Mary Anne Morgan and husband James of Boonsboro; son, John Jr. of Springfield, VA.; and several grandchildren, nieces and nephews.
Friends are invited to gather at a Life Celebration and Memorial on Friday, November 22nd, at the Elks Lodge in Frederick, MD.
The family requests that in lieu of flowers, donations be made to Hospice of Washington County, Inc., 747 Northern Ave, Hagerstown, MD 21742 (www.hospiceofwc.org)
To order memorial trees or send flowers to the family in memory of Alice Rose Sigillito, please visit our flower store.