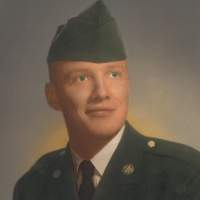 Bill was a 1965 graduate of North Hagerstown High School.

He was a US Army veteran of the Vietnam War where he served 2 tours of duty in Vietnam in the Signal Corps.

Bill retired as a lineman for Potomac Edison, Hagerstown after 40+ years of service.

He was a member of St. Marks Lutheran Church, Hagerstown; Friendship Lodge No. 84 A.F.& A.M., Hagerstown; Scottish Rite of Freemasonry and Ali Ghan Shrine (Sayara Unit), both of Cumberland, Md.; long standing active member and past president of the Maugansville Ruritan Club; member and past president of the North American Rod and Gun Club; and a former member of the Funkstown American Legion.

Bill was inducted into one of scouting's highest achievements, the Order of the Arrow, and was involved in many of their camping expeditions in the United States. Certainly, the Ruritan Christmas tree sale adventure at the Long Meadow shopping center will be without one of its biggest volunteer and fan. Service to the community and helping others in need spirited Bill's life.

Rest Haven Funeral Home, Hagerstown is assisting the family with the arrangements.
To order memorial trees or send flowers to the family in memory of Bill Walker, Sr., please visit our flower store.