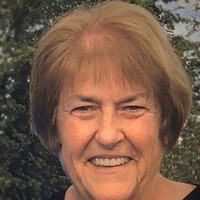 Brenda V. Zeger, 70, of Hagerstown, MD, passed away Monday, December 30, 2019, at Doeys House in care of Hospice of Washington County.
She was the daughter of the late Bertha V. Guessford "Ga" Lowman, Paul L. Guessford, and Clarence J. "Red" Lowman.
She worked at Gorham Lennox for nearly 30 years and later at Walters Kluwer Health before retiring in 2018.
Brenda attended North Hagerstown High School and was raised in the Christ Lutheran Church. She was a member of the Williamsport Redmen and American Legion.
She was preceded in death by her brother, Robert L. Guessford of Percell, OK; brother, Larry W. Guessford of York, PA; and sister, Sandra K. Guessford of Hagerstown.
She is survived by her two children, Michelle Smith (and Jesse) of Smithsburg and Roy Zeger (and Roxanna) of Hagerstown; her brother, Donald E. Guessford of Hagerstown; and her two grandchildren, who were her pride and joy, Taylor Zeger and Jonah Smith; and several neices and nephews.
Funeral services will be conducted on Monday, January 6, 2020, at 10:00 A.M. at Rest Haven Funeral Home, 1601 Pennsylvania Ave., Hagerstown, MD, with Rev. Duane Musgrove officiating. Interment will follow in Rest Haven Cemetery.
Friends will be received on Sunday, January 5th from 2-4 P.M. at the funeral home.
Memorial contributions may be made in Brendas name to Doeys House, c/o Hospice of Washington County, 747 Northern Ave., Hagerstown, MD 21742.
To order memorial trees or send flowers to the family in memory of Brenda V. Zeger, please visit our flower store.