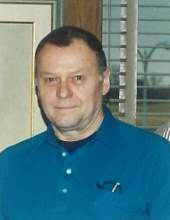 Brian Arlington Kretzer, 84, of Hagerstown, passed away Saturday, May 28, 2022 at Williamsport Nursing Home.

Born July 15, 1937 in Hagerstown, he was the son of the late Harry Wagaman Kretzer and Elma Mae (French) Kretzer.

In addition to his parents, he was preceded in death by a sister, Loretta (Kretzer) Hemphill.

He was a 1955 graduate of Hagerstown High School, and served in the US Navy. He retired from Mack Trucks as a machinist after 34 years.

He was a past member of the Izaak Walton League, Western Maryland Sportsmen's Club and the Eagles Club of Hagerstown. He enjoyed hunting, fishing, archery and spending time with family.

He is survived by his beloved wife of 61 years, Kathryn Irene Kretzer; his son William Edward Kretzer (Kim) of Williamsport, his loving daughter Karen Irene Kretzer of Hagerstown, who tirelessly and selflessly cared and advocated for him during his illness and through his final days in hospice; six grandchildren; Kyle Unger, Matthew Unger, Madison Mattos, Ashley Edinger, Brittany Kretzer and Kelsey Kretzer, and 8 great-grandchildren.

He is also survived by a sister, Donna (Kretzer) Wells of Hagerstown, and many nieces and nephews.

The family would like to express their immense gratitude to the staff of both Williamsport Nursing Home and Hospice of Washington County, with a special appreciation to his hospice nurse Ms. Joey Hemphill, who provided comfort and guidance during a very trying time.

Graveside services will be private and at the convenience of the family with military honors.

In lieu of flowers, memorial contributions can be made to Hospice of Washington County, 11370 Caring Pathway Lane, Hagerstown, MD 21742.

To order memorial trees or send flowers to the family in memory of Brian Arlington Kretzer, please visit our flower store.