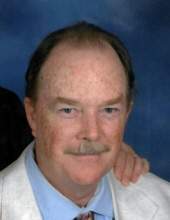 Bruce was born on September 30, 1952 in Baltimore, Maryland to Walter Allen Lawson of Binghamton, New York and Sarah Ann Lawson of Gordonsville, Virginia.

He passed away in peace at home in Hagerstown, Maryland on July 28, 2021 after a long battle with prostate cancer.

He graduated from Woodlawn High School in 1970. Subsequently he earned a Bachelor of Science degree in forestry management and Masters of Science degree in Wildlife Management from the University of Maryland. After retirement, he returned to college at Hagerstown Community College and earned an Associate of Science degree in Computer Science. He was a lifelong Maryland Terrapin and Baltimore Orioles fan and attended both home and away games.

His main profession was creating hand-crafted French horn musical instruments with Lawson Brass Instruments based out of Boonsboro, Maryland for forty years. Working together with his father and two brothers, Lawson French horns were sold internationally and can be heard played by the top French horn players in the world. He was also a professional Volkswagen mechanic.

He was committed to supporting his community and served in the Dargan Volunteer Fire Department, and as a Director on the board of San Mar Children’s Home, among others.
Bruce was a lifelong outdoorsman and enjoyed fishing, golf, and walking. He appreciated the cultural arts enjoying Broadway musicals, operas and Steely Dan. Upon retirement, he traveled with his wife around the United States and Europe.

In lieu of flowers, donations can be made to: Hospice of Washington County, 747 Northern Ave., Hagerstown, MD 21742.
To order memorial trees or send flowers to the family in memory of Bruce Allen Lawson, please visit our flower store.