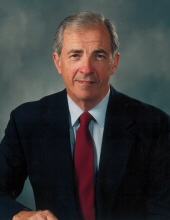 Born on November 21, 1936 in Pinesburg, MD, he was the son of the late Rosa Viola (Chaney) and David McKee.

He was predeceased by his sisters; Isabelle, Betty and Grace, and brothers; Benjamin, Richard, Herman, David, Preston, Thomas, Lewis, and Edward.

Bruce worked as a Maryland State Police Trooper and later retired as a Captain from the Maryland Department of Public Safety and Corrections.

He was a loyal family man who loved his children. He enjoyed hunting and fishing as a younger man, spending time with his siblings, and was a member of the GadAbouts Square Dancing Club. He is known for his love of country music and traveling, having taken his family on many trips around the United States.

He was a loving and dedicated husband to his wife, Virginia (Abbott) McKee, having been married for 65 years.

In addition to his wife, he is survived by his son; Michael McKee, Daughter; Melissa Hutzell and husband Mark, grandchildren Cassandra Poole and Maverick McKee, sisters; Nancy Pierce, Nellie Nesmith and Hilda Brindle, and brothers; Oakie McKee and Warren McKee, and many nieces and nephews.

Family will receive friends two hours prior (9-11 AM) at the funeral home.

Online condolences can be made at www.rsthvn.com.
To order memorial trees or send flowers to the family in memory of Bruce Lester McKee, please visit our flower store.