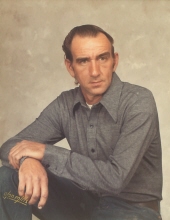 Calvin T. Mowen, 89, of Hagerstown, completed his journey home to be with the Lord Jesus Christ on Sunday, September 27, 2020.

Born on September 22, 1931 in Rockdale, Clear Spring, MD, Calvin was the son of the late Paul and Pauline (Buchanan) Mowen. In addition to his parents, Calvin is predeceased by his wife of 50 years, Peggy. He is also predeceased by his daughter, Peggy A. Mohr, and two sisters.

Calvin was a truck driver and retired as a member of the Teamsters Local 992. He served as a Marine during the Korean War, and was a member of the American Legion. He also enjoyed making crafts and holiday decorating.

Rest Haven Funeral Home is assisting the family with arrangements.
To order memorial trees or send flowers to the family in memory of Calvin T. Mowen, please visit our flower store.