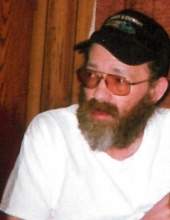 Born December 4, 1968 in Hagerstown he was the son of Jeannie C. (Crabtree) Sours of Hagerstown and the late, Carl D. Sours, Sr. In addition to his father he also was preceded in death by a baby sister, Carla Jean Sours and several aunts and uncles.

Carl was Protestant by faith. He was 2nd generation owner and operator of Carl Sours Trucking Company of Hagerstown. He also was a carrier for over 30 years for Shenandoah Pride and later hauled for Barrick and Steward.

In addition to his mother he also is survived by a sister, Brenda Lee Goss; an aunt Daisy M. Kinzer; a special nephew, Brandon Sowers and wife, Serena; a niece, Britney Metz and numerous cousins.

Funeral services and burial will be private and held at the convenience of the family.
To order memorial trees or send flowers to the family in memory of Carl Dewey Sours, Jr., please visit our flower store.