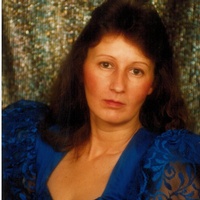 Carolyn "Carol" Mae Sprecher, 63, of Williamsport, Md., passed away peacefully on Saturday, March 16, 2019 at Meritus Medical Center in Hagerstown, Md.
Born January 19, 1956 in Hagerstown she was the daughter of Flora "Mom Buff" Buffington and the late, Gerald "PeeWee" Buffington and the late, Caroline and John Wolfe.
She was the beloved wife of Michael Sprecher, Sr. for the past 44 years having married on June 27, 1974.
She spent many years working in various nursing homes as a certified nursing assistant before proudly obtaining her CDL's and becoming a dump truck driver.
She had many talents, hobbies, and interests that included taking care of her many animals on her small farm, sewing, collecting jewelry and taking trips to the Blue Ridge Mountains in Tennessee.
She was a member of Trinity Full Gospel Church in Hagerstown.
In addition to her loving mother and devoted husband, Carol is survived by a daughter, Whitney Sprecher of Williamsport; 3 sons, Michael Sprecher, Jr. (Julie) of Williamsport, Robert Sprecher (Jessie) of Cascade, Md. and Michael "Bubba" Sprecher III (Toni) of Hagerstown; 7 granchildren including Avery Sprecher whom she had a close relationship; one great grandchild; 3 sisters, Kim Topper, Venda Smith and Brandy Wolfe; 1 brother, Johnny Wolfe; 2 aunts and various nieces, nephews and cousins.
In addition to her parents, she was preceded in death by an infant son, Russell; 2 special uncles, Robert Turner and Russell Turner and 2 sprecial brothers-in-law, Roger "Podge" Long and Earl "Tardy" Sprecher.
Funeral services will be conducted on Thursday, March 21, 2019 at 11:00 A.M. at Rest Haven Funeral Home, 1601 Pennsylvania Ave., Hagerstown with Pastor Finley officiating.
Interment will follow in Cedar Lawn memorial Park.
Family and Friends will be received at the funeral home on Wednesday, March 20th from 6-8 P.M.
To order memorial trees or send flowers to the family in memory of Carol Mae Sprecher, please visit our flower store.