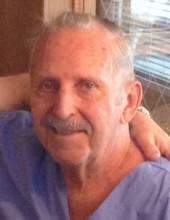 Charles Buddy Volcjak, MD, age 86, of Sarasota, FL, passed away at Doctors Hospital of Sarasota on Thursday, August 5th, 2021, after a long illness.

Born on May 19, 1935 in Sautertown, PA, Charles was the son of the late Joseph and Christine (Hribar) Volcjak. His younger years were spent in Krayn, PA and Baltimore, MD. He attended the University of Maryland for his undergraduate studies and medical school.

He served in the US Navy as a surgeon, including a tour of duty on the USS Repose during the Vietnam War. Afterwards, he served as Commander and Assistant Chief of Surgery at the Naval Hospital in Newport, RI. Later, he went into private practice in Fall River, MA where he also served a period of time as Chief of Surgery at Charlton Memorial Hospital. After several years of retirement, Charles rekindled his passion for surgery, and continued to share his skills with colleagues in FL. He left his career with many accomplishments and accolades.

Out of work, he was an avid outdoor sports enthusiast, having enjoyed distance hiking, marathon running, and skiing with family in northern New England. In his later years, he very much enjoyed living on the gulf coast of Florida with its beautiful beaches and warmer climate.

Charles is survived by Claudette Jerome-Volcjak of Sarasota, FL, to whom he married. In addition, she has been his best friend and guardian for many decades. He is also survived by his children, Kenneth C. Volcjak and wife Pavlina of Frisco, TX, Steven A. Volcjak and partner Cheryl of Worcester, MA, and Julia L. Volcjak and partner Michael of Washington, DC; his grandchildren, Christopher Volcjak, Chelsea Volcjak, Veronika Volcjak, and Viktoria Volcjak; and his great-grandson, Joseph Volcjak; as well as his siblings, Edward Volcjak and wife Carolyn of Hagerstown, MD, Vivian Marse of Boca Raton, FL, and Judy Guzinski of Manchester, MD.

A funeral service will be held at Rest Haven Funeral Home in Hagerstown, MD on Friday, August 20th, 2021 at 1 PM, with Reverend Dr. David Baker officiating.  Committal will follow at Rest Haven Cemetery.

In lieu of flowers, donations in Charles' name may be made to The Alzheimer's Association at act.alz.org


Rest Haven Funeral Home is entrusted with arrangements.
To order memorial trees or send flowers to the family in memory of Charles Buddy Volcjak, please visit our flower store.