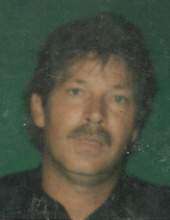 Born on February 19, 1954 in Hagerstown, Charles was the son of the late Marguerite Kathleen (Biddinger) and Charles Darwin, Snyder.

Charles was a Christian who enjoyed golfing and watching the Yankees. He retired as a Corrections Officer for MCI in 2001.

A private memorial service will be held at a later date. Rest Haven Funeral Home is entrusted with arrangements.
To order memorial trees or send flowers to the family in memory of Charles Darwin Snyder, Jr., please visit our flower store.