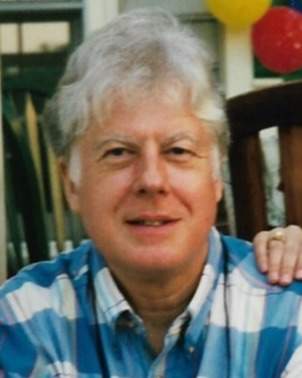 Born March 22, 1943 in Boston, MA, Bob was the son of Charles Ernest Goshen and Patricia McGuire Goshen and the older brother to his sister Anne Goshen.  His early years were spent growing up in Northport, on Long Island, NY, where family members (aunts, uncles, cousins, paternal grandparents) and animals (horses, dogs and goats) were a large part of his life.  His family moved during his high school years to Bethesda, MD.  He was the perfect age to appreciate living close to Washington D.C. and took full advantage of the culture and diversity the city had to offer.

After attending Walter Johnson High School in Bethesda, Bob received his undergraduate degree from Columbia University where he majored in Anthropology and rowed crew.  He continued on to receive his graduate degree from West Virginia University School of Medicine and his post graduate training with a Medical Internship at Union Memorial Hospital. Next he had his Psychiatric Residency and Child Psychiatry Fellowship at the Institute of Psychiatry and Human Behavior, University of Maryland Hospital.

Dr. Goshen’s psychiatric practice spanned just about 50 years.  He enjoyed having both a private practice as well as a collaborative practice through working with various Mental Health organizations, always focusing on children, adolescents and their family members.  For 20 years Bob worked with Linwood Children’s Center in Ellicott City, Maryland, and for 16 years was its Medical Director. Once he moved to Clarke County, Virginia, he worked with Grafton School and then with Northwestern Community Services.  When he retired from private practice he continued his work with Northwestern up until his hospitalization in late spring of this year.

Bob lived a full life.  He loved his sailing adventures and riding cross country as a member of the Howard County Hunt with his steady, brave mount, MT.  He understood the natural world around us and soaked it up through hiking, camping, skiing, sailing or just by looking up and around.

Early one Sunday morning in the fall of 1985 he came upon two mules running up the road.  He pulled over and began knocking on doors searching for their owner.  Bob eventually knocked on a door where he met Lisa and her 10 year old son, together they retrieved the mules and found their owner. This chance meeting started a new chapter in Bob’s life with Lisa and her 2 children.  Bob married Lisa, his soulmate, on May 31, 1987.  In 1991 they adopted a baby girl they named Sarah and in 1999 another child named Beau came into their lives.  Along with their many dogs, cats, horses and chickens, their family became complete.

Bob moved to Clarke County Virginia in the early 90’s, giving him great pleasure.  He loved being able to live in beautiful country with a solid community of people.  Christ Church Millwood, the Millwood Country Club, the Nantucket-Treweryn Beagles, the Blue Ridge Hunt and The Ancient & Honorable Order of Golden Gunners are just a few examples of Bob’s rich life in Clarke– he enjoyed being part of it all.

He leaves behind his family who have learned so much from this quiet, thoughtful, good man and will go forward in life richer, wiser, kinder and more patient because of his influence on each one of them.  They will miss him terribly. Bob is survived by his wife Lisa, children Bari (Drabczyk), Aaron (Gross), Sarah (Goshen), and Beau (Goshen), son-in-law Matt (Drabczyk), daughter-in-law Tiffani (Gross), soon to be son-in-law to be Alex (Joseph), grandchildren Maya and Josh (Drabczyk) and Eva and Mason (Gross), sister Anne (Goshen), brother-in-law Grant (Mayne), niece Megan (Carter) and great-nieces Ashley and Eden (Carter).  They will always keep him close within their souls.

Bob had a simple, straightforward advice on raising children - “Be a good example in every way – be what you want them to be” that was how he lived his life.

A service memorializing the life of Bob Goshen will be held at Christ Church Millwood, 809 Bishop Meade Road, at 11 am on Saturday, August 27, 2022.

In lieu of flowers, donations may be made to Northwestern Community Services, 209 West Criser Road, Front Royal, VA  22630.  Donations will be designated to “Continuing Education for Northwestern’s Child and Family Staff”

To order memorial trees or send flowers to the family in memory of Charles Robert Goshen, please visit our flower store.