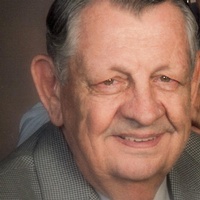 Born January 21, 1940, in Baltimore, he was the son of the late Joseph and Dorothy (House) Pessagno.

Mr. Pessagno graduated from Loyola College of Maryland with a Bachelor Degree in Economics.

He was a US Army Reserve veteran and a member of Morris Frock Post 42, American Legion.

Mr. Pessagno retired with 32 years of service as the golf professional at Fountain Head Country Club, where he was an honorary lifetime member. He also was a member of the Professional Golfers Association. After retirement, Mr. Pessagno worked part-time at Beaver Creek Country Club - a testament to his love of golf.

Friends will be received at the funeral home on Saturday 2 hours prior to the service from 11:00-1:00.
To order memorial trees or send flowers to the family in memory of Charles J. Pessagno, Sr., please visit our flower store.