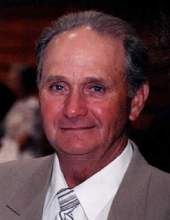 Charles Ray Mayes, Jr. (Charlie), passed away at his home, surrounded by his loving family, in Hagerstown, MD on November 24, 2021 at the age of 79.

Charles was born on September 4, 1942 in Hagerstown to the late Charles, Sr. and Mable Mayes.

In addition to his parents, he was preceded in death by his brother; Samuel Mayes, III.

He attended Hagerstown High School and earned a GED. He entered the Navy in 1960 as a fireman's apprentice. Charles served aboard the war ship USS Boxer during the largest Atlantic Fleet amphibious striking exercise in the Caribbean in 1960 and was present for the Bay of Pigs Invasion.

Charlie married and started a family with his true love, Glenda Mayes. They were married for 59 years and had four daughters.

Charles worked many places as an electrician such as the Western Maryland Rail Road, GM, Canam Steel, Williamsport Byron Tannery, and Jefferson Cheese. He was an accomplished dairy farmer. In 1994, Charles and his wife went into business for themselves and started Charles Mayes Septic Service. Throughout the years in business. he made sure to give back to the community by sponsoring little leagues, bowling leagues, and the Boy Scouts. He also went above and beyond to take special care of his elderly and disabled customers.

Charles was an avid hunter and outdoorsman. His passion was to hunt big game out west and go fishing in Canada. He also liked to take his boat to Lake Anna and Raystown Lake for weekend retreats. Charles loved to travel with his wife and friends and there was always some place he wanted to go.

The family wants to extend a special thanks to Charles' daughter, Wendy Manford, for the care she provided up to his passing. We also want to thank Hospice of Washington County and their wonderful staff for all their help, care and guidance.

Online condolences can be made at www.rsthvn.com.
To order memorial trees or send flowers to the family in memory of Charles Ray Mayes, Jr., please visit our flower store.