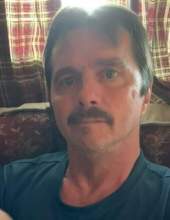 Born on March 3, 1963 in Hagerstown, he was the son of the late Clara Catherine (Barnhart) and Robert Carlton Norris, Sr.

In addition to his parents he was also preceded in death by two brothers; John Norris and Alan Norris.

David was self employed as a Dry Wall installer. He was an avid hunter and fisherman.

A memorial service will be held Saturday, June 11, 2022 at 11 AM at New Life Christian Ministries, 12031 Hopewell Rd., Hagerstown, with Pastor Ken Harris officiating.

Online condolences can be made at www.rsthvn.com.
To order memorial trees or send flowers to the family in memory of David Arthur Norris, Sr., please visit our flower store.