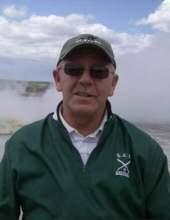 Born on August 19, 1953 in New York, David was the son of the late Josephine (Angelo) and David Lee Shindle, Sr. He enjoyed hunting and sports, and coached Little League Baseball and coached for the HCC team.

A Memorial Service will be held at a later date. In lieu of flowers, donations can be made to Halfway Little League at P.O. Box 612, Williamsport, MD 21759.

Rest Haven Funeral Home is entrusted with arrangements.
To order memorial trees or send flowers to the family in memory of David Lee Shindle, Jr., please visit our flower store.