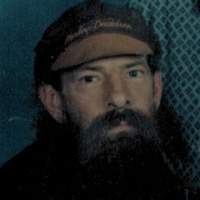 Born January 13, 1955 in Keedysville, he was the son of the late Percival Robert and Sarah Elizabeth (Young) King.

Davey worked as a beef farmer all his life on the family farm in Keedysville.

He was an outdoors man and loved motorcycling and fishing. He also enjoyed watching western movies with his wife, Sue.

Davey is survived by his brother, Ronald Hull and wife Shirley; best friends, Joe and Joey Water; his faithful dog, Roxy; and numerous friends and neighbors.

In addition to his parents and wife, he was also preceded in death by an infant sister, Mary J. King; and several extended family members.

A funeral service for him and his wife will be conducted at 1:00pm on Tuesday, November 27, 2018 at Rest Haven Funeral Home, 1601 Pennsylvania Ave., Hagerstown. Burial will follow in Rest Haven Cemetery.

The family will receive friends for them Monday evening at Rest Haven from 5-7pm.

In lieu of flowers, memorial contributions may be made in David and Susan's name to Rest Haven Funeral Home.

www.rsthvn.com
To order memorial trees or send flowers to the family in memory of David Robert King, please visit our flower store.