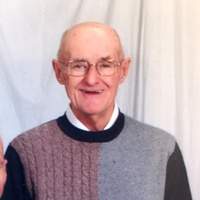 Donald Lawrence Alton, 87, passed away, Sunday, February 3, 2019 at Greenfield Assisted Living, Hagerstown.
Born February 15, 1931 in Hagerstown he was the son of the late, John Lawrence and Veree A. Alton.
Mr. Alton retired as an officer with the Hagerstown Police Department and formerly was a deputy sheriff with the Washington County Sheriff's Department.
He was a US Air Force veteran.
Mr. Alton was a member of the Church of the Holy Trinity, the F.O.P. Lodge 88, Elks Lodge 378, all of Hagerstown and the Funkstown American Legion, Post 211.
He is survived by his loving wife of 56 years, Frances Louise (Miner) Alton; two sons, Michael Alton of Durham, NC and Greg Alton and wife, Sandy of Williamsport; two grandchildren, Christopher and Emily Alton and his sister in law, Wilma "Sis" Miner.
Funeral services will be held on Thursday, February 7, 2019 at 11:00 A.M. at the Church of the Holy Trinity, 10875 Oak Ridge Dr., Hagerstown with Pastor Kyle Powderly and Rev. Michael Seger officiating.
Interment will follow in Rest Haven Cemetery, Hagerstown.
Friends will be received on Wednesday from 6-8 P.M. at Rest Haven Funeral Home, 1601 Pennsylvania Ave., Hagerstown where the F.O.P. Lodge 88 will conduct a memorial service at 7:00 P.M.
In lieu of flowers, memorial contributions may be made in Donald's name to Hospice of Washington County, 714 Northern Ave., Hagerstown 21742.
To order memorial trees or send flowers to the family in memory of Donald Lawrence Alton, please visit our flower store.