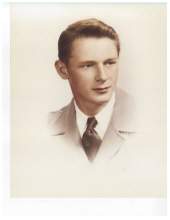 Donald enjoyed reading the Bible and war history books, watching sports, and playing with his dog.

He was preceded in death by his loving wife of 59 years, Mel Irene Nelson. He is survived by four grandchildren, Christina A. Davis and husband Edward Joynes of Hagerstown, Deborah L. Murphy and husband Jim of Highland, MD; James C. Davis, Jr. and wife Lori of Germantown, MD; and John E. Davis and wife Tina of Riverdale Park; six great-grandchildren, Adam and Jessica Davis of Greenbelt, MD; Luke and Jack Murphy of Highland; and Jacob and Tyler Davis of Riverdale Park; several nieces and nephews, including John R. Waddle, Jr., of Hyattsville; a sister, Zella Ferguson, of Overland Park, KS; and his faithful dog, Lando.

In addition to his parents, he was also preceded in death by two sisters and one brother, as well as several dogs.

A funeral service will be held at 1:00 p.m. on Tuesday, February 8, 2022, at Rest Haven Funeral Home, 1601 Pennsylvania Ave., Hagerstown. Burial will follow in Rest Haven Cemetery where military honors will be accorded.

The family will receive friends at the funeral home one hour prior to the service. All indoor fellowship and services will require a mask to be worn.

In lieu of flowers, memorial contributions may be made in his name to Hospice of Washington County, 11370 Caring Pathway Lane, Hagerstown, MD 21742 or to Somerford Assisted Living, 10116 Sharpsburg Pike, Hagerstown, MD 21740.
To order memorial trees or send flowers to the family in memory of Donald Lawrence Nelson, please visit our flower store.