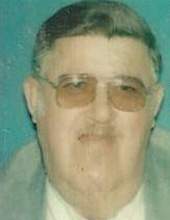 Beloved husband, father, grandfather and great-grandfather Donald Leroy Norris of Hagerstown, Maryland passed away at Meritus Medical Center after a full life with a family he loved and who loved him. Born on 10/27/1932 in Hagerstown, Donald was the son of the late Mary E. Nunamaker Norris and Claude M. Norris. He was preceded in death by his wife, M. Joan (Hendrickson) Norris, his sisters Dorothy Ditch, Vivian Dewease, Claudine Kinzer and brother Claude Norris Jr. Donald proudly served in the United States Army during the Korean War. He worked at several local companies during his life including Potomac Tool and Dye, Eastern Products (Roper), Fairchild and Larstan Industries, Inc., Donald also painted houses during his early years.
Donald was very involved in his children's lives. He attended all sports, musical and school activities including coaching for many years at Superior Little League and walking parade routes. He continued this with his grandchildren and great-grandchildren. He also enjoyed sitting at the Hagerstown City Park enjoying the wildlife and feeding the squirrels. He was known as "Uncle Don" by many people other than actual family due to his outgoing personality and willingness to help anyone at anytime.
Donald is survived by his daughter Debra Norris, his sons Douglas L Norris, Sr and wife Christine and Timothy Norris. His grandchildren Nicole Norris, Shawntae Norris, Amanda Norris and Douglas L Norris, Jr . and his Great-Grandchildren: Gabrielle Norris, Rilynn Norris, Camber Norris, Evelyn Norris, Elise Norris and Greyson Austin.
A funeral service will be held at Rest Haven Funeral Home, 1601 Pennsylvania Ave., Hagerstown on Wednesday, June 22,2022 at 10:00 AM with visiting time beginning at 9:00 AM. Visitation will be Tuesday, June 21, 2022 from 6:00 PM to 8:00 PM.
To order memorial trees or send flowers to the family in memory of Donald Leroy Norris, please visit our flower store.