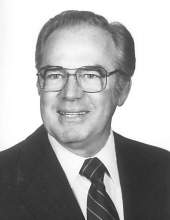 Donald "Don" S. Barron, 93, of Hagerstown, died peacefully surrounded by loved ones on May 12, 2022, at Homewood Nursing Home in Williamsport. He was the husband of the late Peg Barron.

Born on May 1, 1929, in Jefferson County, WV, he was the son of the late Strother and Lena Barron. In addition to his parents, he was preceded in death by two sisters and one brother. He is survived by one sister, his daughter, Donna Gelwicks, son-in-law, Larry Gelwicks, and two grandchildren, Brenan Gelwicks and Baille Benemilis.

Don was a member of the US military for 20 years serving in Germany, Okinawa and Italy. He retired from the United States Air Force in 1967 as recruiter station Hagerstown. Following his military career, he worked for the Boy Scouts of America as Scout Executive for the Maison Dixon Council. He finished his professional life as a salesman at Sharrett Oldsmobile. He also was Co-Founder of the Western Maryland Chapter of the American Parkinson Disease Association and served as Co-President with his wife Peg Barron for over twenty years.

Family and friends will be received one hour prior to the service at Rest Haven.

In lieu of flowers, memorial contributions may be made in Don's name to Hospice of Washington County, 11370 Caring Pathway Lane, Hagerstown, MD 21742.
To order memorial trees or send flowers to the family in memory of Donald S. Barron, please visit our flower store.