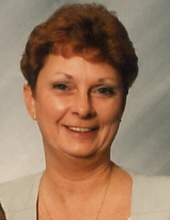 Born August 28, 1944 in Hagerstown she was the daughter of the late, Donald C. and Betty A, (Rawls) Grubbs. In addition to her parents she also was preceded in death by her loving husband of 33 years, Charles "Lee" Stickell and by one great grandson.

Donna had worked on the production line at Fairchild Aircraft and later as a pharmacy technician for CVS in Hagerstown.

Friends will be received at the funeral home on Tuesday one hour prior to the service.
To order memorial trees or send flowers to the family in memory of Donna Carroll Stickell, please visit our flower store.