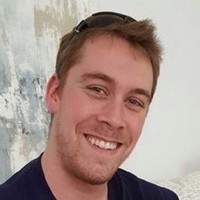 Dylan Paul Snell, 33, of Clemmons, NC, formerly of Hagerstown, passed away, Wednesday, January 15, 2020 as a result of injuries sustained in an automobile accident in Harrisonburg, Virginia.
Born April 7, 1986 in Portland, Oregon he was the son of Barton C. Snell and the late, Ellen (Baker) Snell. In addition to his mother he also was preceded in death by a brother, Dalen D. Snell.
Dylan was a senior associate for Pepsi Cola Company. He enjoyed playing soccer, he was a video game enthusiast and an animal lover.
In addition to his father he also is survived by a brother, Adrian M. Snell and wife Sarah of Richmond, Va.; a sister, Erin C. Snell of Charleston SC; two nieces and a nephew, Lilly Canaan, Trenton Daniel and Kennedy Jane; two uncles, Rob Baker and wife Cat of Georgetown, DE and Bruce Baker and wife, Heidi of Hagerstown; six cousins, Kristin, Joel, Lauren, Renee, Jennifer and John.
A memorial service will be conducted on Wednesday, January 22, 2020 at 1:00 P.M. at Rest Haven Funeral Home, 1601 Pennsylvania Ave., Hagerstown with Chaplain Volodymyr Grenchenko officiating.
Inurnment will be private in Rest Haven Cemetery.
Friends will be received at the funeral home on Wednesday, two hours prior to the service.
In lieu of flowers, memorial contributions may be made in Dylan's name to the Humane Society of Washington County, 13011 Maugansville Rd., Hagerstown, MD 21740.