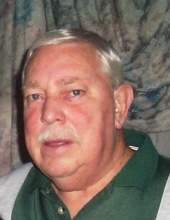 Born on November 3, 1937 in Hagerstown, Eddie was the son of the late George and Clara (Butts) Abbott. He was also preceded in death by his brothers, Garland Abbott, Leon Abbott, George Abbott, Homer Abbott, Gerald Abbott, and Gene Abbott; and his sisters, Marjorie Griffith and Patsy Reeder.

Eddie attended Boonsboro High School. He retired from the County Commissioner's Office as a Maintenance Worker. He attended Church of God.

Eddie loved all things cars- NASCAR, attending car shows, classic cars, and racing the "Red Cloud" at the Mason-Dixon Drag Strip. He owned a 1971 Chevy Nova. He also loved family outings with his grandkids, flea markets, going to the ocean, and spending time with his family, and his dog, Duke.

Eddie is survived by his loving wife of 63 years, Connie (Bennett) Abbott; his son, Douglas L. Abbott and his wife, Jamie, of Hagerstown; his grandchildren, Danielle Abbott, Kyle Abbott, Collin Abbott, and Logan Abbott; and his sisters, Faye Breeden and Martha Jones; as well as many nieces and nephews.

In lieu of flowers, donations can be made to the Humane Society of Washington County. Rest Haven Funeral Home is entrusted with arrangements.
To order memorial trees or send flowers to the family in memory of Eddie Collins Abbott, please visit our flower store.