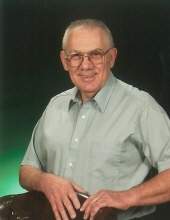 Edward Ellsworth Lushbaugh, Jr., 83, of Hagerstown, MD, passed away on October 28, 2021, surrounded by his loving family at Doey's House in Hagerstown following a brief illness.

He was born on November 13, 1937, in Hagerstown MD to the late Edward Lushbaugh, Sr. and Evelyn Elgin Lushbaugh.

Ed was a hard working man his entire life. He never believed in slowing down and was known for his incredible work ethic. He started doing odd jobs when he was fourteen years old.He worked at MP Moller Pipe Organ Factory and Bearings and Transmissions in Hagerstown before becoming part owner of Trivo Company and Hydra Pak, Inc. After that he worked with his sons at L&L Hydraulics until his death.

In addition to his parents, he was preceded in death by his brothers, Donnie and Jack.

Ed was a proud graduate of the class of 1955 at Hagerstown High School, serving on the reunion committee.

During his life he donated sixteen gallons of blood through the Red Cross.

For the past thirty-five years he attended St. James Catholic Church in Boonsboro, MD where he was active in many capacities.

A private memorial service will be held at a later date. A celebration of his life will be held every day for the rest of our lives.

Rest Haven Funeral Home, Hagerstown, is assisting the family with the arrangements.
To order memorial trees or send flowers to the family in memory of Edward Ellsworth Lushbaugh, Jr., please visit our flower store.