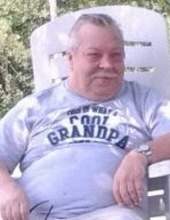 In addition to his parents, he was preceded in death by his loving wife of 22 years, Emma Jean Crabtree, two brothers; Kenneth W. Crabtree and James R. Crabtree.

He was a member of Upton Full Gospel Church in Upton, PA for many years.

Edward worked in Steel Manufacturing and most recently as a Fork Lift Operator for Food Lion.

Online condolences can be made at www.rsthvn.com.
To order memorial trees or send flowers to the family in memory of Edward Eugene Crabtree, please visit our flower store.