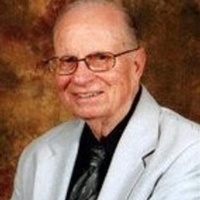 He was a veteran of the United States Army having served during World War II, and a licensed machinist for B & O Railroad and Allegheny Ballistic Laboratory.

At 43 he was called into ministry, and pastored churches in Paw Paw, West Virginia, Centerville, Virginia, Emporia, Virginia, and Hagerstown, Maryland. He enjoyed jigsaw puzzles, and had a great sense of humor.

He was preceded in death by his first wife, Lenora Allen.

A funeral service will be held on Tuesday, December 4 at 1:00 P.M. at Rest Haven Funeral Home, 1601 Pennsylvania Ave, Hagerstown, Maryland, where the family will receive friends beginning at Noon.

Committal with military honors to follow at Rest Haven Cemetery.

Expressions of condolence at rsthvn.com
To order memorial trees or send flowers to the family in memory of Edward Rev. Allen, please visit our flower store.