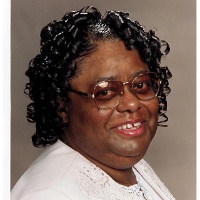 Elaine Harriett Lewis, 71, of Hagerstown, passed away on Saturday, June 1, 2019 at Doey's House.
Born November 15, 1947 in Hagerstown, she was the daughter of the late William Alan Burnett, Jr. and Georgia Elizabeth (Burnett) Williams.
She was a 1965 graduate of North Hagerstown High School.
She was church mother; member of the Missionary Society Sr. Elder; and one of the church Senior State Women and Intercessor for 'In His Image Women of Excellence', a worldwide ministry. She will be greatly missed!
Elaine had 33 years of service in education administration from the Dept. of Army. She also previously worked for Fairchild Industries.
She is survived by three siblings, Patricia Lloyd, Beverly Snively, and Jeffrey Burnett; three God daughters, Sharon Cole, Shannon Hall, and Nicole Davis; her longtime friend, Edith Brooks and her children that Elaine helped raise, David, Timothy, Arthur, and John Brooks, Diane Ford and Esther Galloway. She also leaves behind a host of cousins, nieces, nephews, and friends.
A funeral service will be held at 11:00am on Saturday, June 8, 2019 at Greater Campher Temple, 125 W. Bethel St., Hagerstown, with Pastor LeeTasha McHenry officiating. Burial will follow in Rest Haven Cemetery, Hagerstown.
The family will receive friends on Friday from 6-8pm and again following the burial for a repast at the church.
www.rsthvn.com
To order memorial trees or send flowers to the family in memory of Elaine Lewis, please visit our flower store.