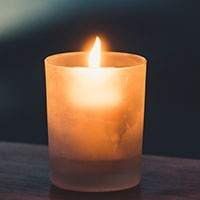 Ellen Baker Snell, 66, of Hagerstown passed away Tuesday, January 14, 2020 at Coffman Nursing Home in Hagerstown.
Born February 23, 1953 in Baltimore, Maryland, she was the daughter of the late Burton E. and Lois E. Baker. In addition to her parents, she was also preceded in death by her son, Dalen D. Snell.
Ellen was a computer programmer for Direct Mail Processors in Hagerstown. She was an animal lover and enjoyed horseback riding.
Ellen is survived by her two sons; Adrian M. Snell and wife Sarah of Richmond, VA. and Dylan P. Snell of Clemmons, NC; one daughter, Erin C. Snell of Charleston, SC; two brothers, Rob Baker and wife Cat of Georgetown, DE and Bruce Baker and wife Heidi of Hagerstown; three grandchildren; Lilly Canaan, Trenton Daniel and Kennedy Jane; nieces and nephews, Kristin, Joel, Lauren, Renee, Jennifer and John.
A memorial service will be held at Rest Haven Funeral Home, 1601 Pennsylvania Ave., Hagerstown, Wednesday January 22nd at 1:00pm. Inurnment will be private in Rest Haven Cemetery. Friends will be received at the funeral home on Wednesday two hours prior to the service.
In lieu of flowers, memorial contributions can be made in Ellen's name to the Humane Society of Washington County, 13011 Maugansville Rd. Hagerstown, MD 21740.
To order memorial trees or send flowers to the family in memory of Ellen Baker Snell, please visit our flower store.