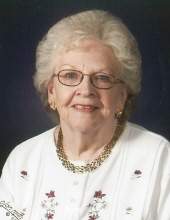 Born on July 8, 1933 in Williamsport, PA, she was the daughter of the late Nellie (Harkins) and Maurice James Connell.

In addition to her parents, she was preceded in death by five sisters; Peggy Connell, Phyllis Connell, Kathleen Dgien, Patricia DeSanto and Barbara Connell, and two brothers; James Connell and Gerard Connell.

Ellen was a homemaker. She was a member of St. Mary's Catholic Church, Hagerstown and resided at Julia Manor Nursing and Rehabilitation Center.

Online condolences can be made at www.rsthvn.com.
To order memorial trees or send flowers to the family in memory of Ellen C. Maietta, please visit our flower store.