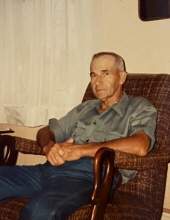 Born on January 20, 1928 in Marion, PA, he was the son of the late Irene (Brinkley) and Harry C. Garner. In addition to his parents he was preceded in death by his loving wife of 54 years, Ruth Helen (Miller) Garner, who passed away January 20, 2013; Five Brothers, Four Sisters and 1 Grandchild, Andrew Garner.

Frank worked for 18 years until his retirement as a Custodian for Washington County BOE. Prior to working there, he was employed at Superior Dairy for 20 years.

Frank was a past member of Faith Temple in Cearfoss.

He is survived by his son; Stephen Eugene Garner of Clear Spring; two Grandchildren, Brittany Phillips (Jeremy) and Anje Garner; two Great-Grandsons, Jeremy and Caden; and many nieces and nephews.

In lieu of flowers, memorial contributions can be made to Faith Temple, 14019 Cearfoss Pike, Hagerstown, MD 21740.

Rest Haven Funeral Home is assisting the family with arrangements.


To order memorial trees or send flowers to the family in memory of Frank Edward Garner, please visit our flower store.