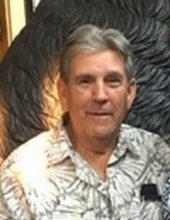 Born July 12, 1948, in Hagerstown, George was the son of the late Elmer and Edna Kline. He is also predeceased by his son, John Kline.

George was an outgoing man, who loved telling jokes and lending a helping hand. He worked as a truck driver for Hagerstown Block for 42 years, and continued to work part time after his retirement. In his spare time, George was an outdoorsman who enjoyed hunting, boating, camping, flea markets, and vacationing in Tennessee. He was a member of IWLA.

Rest Haven Funeral Home is assisting the family with arrangements.
To order memorial trees or send flowers to the family in memory of George Lee Kline, please visit our flower store.