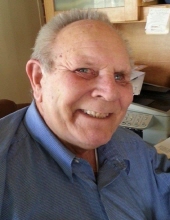 Gerald Lester Shindle, 81, passed away on Sunday, June 21, 2020 at his home in Williamsport, MD.
Born on May 9, 1939 in State Line, PA to the late Merle Franklin and Mary Jane Shaffer Shindle, Gerald was also preceded in death by his sisters, Lorraine Chambers of Hagerstown, MD, Joyce Gaberlavage of Hialeah, FL and one brother, Edward Shindle of Key West, FL.

Gerald graduated from Greencastle High School in 1957. In his younger adult life, he enjoyed fishing, mushroom hunting, square dancing with the Gad-a-Bout Club, and traveling to visit family in Key West, Florida. Being of the Christian faith, he liked to assist with mission trips.

Gerald was an accountant and worked for Pony Express and was later a long time employee of Fairchild Industries until their closing in 1983, where he was also a member of their Pegasus Club. He was a long time member of the Elks Club and Wycliff Assn. During his retirement, he enjoyed sharing his accounting skills.

Gerald is survived by his children, Robin Awon and her husband, Gilbert of Hagerstown, MD, Daniel Shindle and his wife, Sheila of the Philippines, David Al.Shindle of Norfolk, Virginia, and Amber Shindle of Hagerstown, MD. He is survived by his grandchildren Carrie Shindle, Christopher Shindle, Michaela Shindle, Renee Thompson, Rachel Crowell, Rohn M. Strubel, Owen Clever, and Aniya Babbie. He is also survived by 11 great-grandchildren. While he had many cousins, he was quite close to his cousin Barbara Barkdoll of State Line, PA.

There will be no visitation. A graveside service Is scheduled for Saturday, June 27 at 10:00 AM at Rest Haven Cemetery with Pastor Bill McPherson officiating.

Rest Haven Funeral Home, Hagerstown is assisting the family with arrangements.
To order memorial trees or send flowers to the family in memory of Gerald Lester Shindle, please visit our flower store.