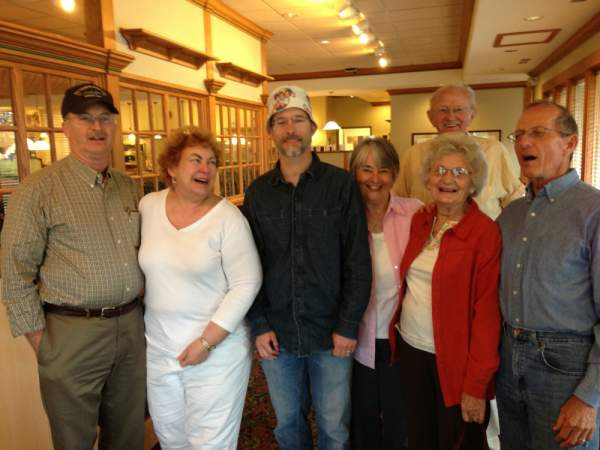 Born February 7, 1939, in Hagerstown, he was the son of the late Preston A. and Mildred C. (Sprecher) Sanders.

He worked for Clarence Martin and Myers & Co., before enlisting in the Navy in 1961, where he attended Sonar School and was ranked as a Sonarman. He was very proud to serve his country.

He was a member of Grace United Methodist Church. Gordon was also a member of the Valley Arts Assoc., as well as the Frederick and Hagerstown St. Cecilian Choral Arts.

He is survived by his loving wife of 53 years, Constance "Connie" A. (Vermaes) Sanders; and two sons, Jeffrey Sanders and his wife Meredith of Crownsville, and Michael Sanders of Hagerstown.

In addition to his parents, Gordon was also preceded in death by his five brothers, Charles, Richard, Donald, Larry, and James Sanders. He was the last of his immediate family.

A funeral service will be held at 11:00am on Monday, January 27, 2020 at Rest Haven Funeral Home, 1601 Pennsylvania Ave., Hagerstown, with Pastor Margaret Clemmons officiating. Burial will follow in Cedar Lawn Memorial Park with military honors being accorded by the United States Navy Honor Guard.

The family will receive friends at the funeral home on Sunday from 2-4pm and again following the burial for a fellowship and refreshments.

Memorial contributions may be made in Gordon's name to the Grace United Methodist Church, 712 W. Church St., Hagerstown, MD 21740 or to a charity of ones choice.
To order memorial trees or send flowers to the family in memory of Gordon Edward Sanders, please visit our flower store.