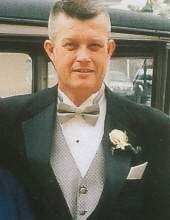 Gregory Eugene Snyder, 71, of Hagerstown, MD passed away on Wednesday, June 1, 2022 at his residence.

Gregory was a longtime member of the Hagerstown Church of the Brethren. He was also a member of various leagues and clubs which include the Red Men and the Alsatia Club.

He worked as a welder. In his spare time, Gregory busied himself with many hobbies; he loved playing bingo and horseshoes, completing puzzles with his wife, planting flowers, visiting Myrtle Beach, watching and feeding birds as well as building their houses, and decorating his own home for holidays. He was also an avid sports fan; Gregory played and coached softball and was an avid bowler who belonged to many leagues. His two favorite teams included the Miami Dolphins and the Baltimore Orioles.

Gregory was a kindhearted and selfless man who adored his family. He greatly enjoyed sharing stories with them about his time growing up on the farm.

In addition to his parents and foster parents, Gregory was preceded in death by his brother, Charles "Chuck" Snyder; two sisters, Ora Lee Clark and Kay Barilla; and two nephews Dana and Adam Kees.

A funeral service will be held on Saturday, June 4, 2022, at 11:00 A.M. with a visitation one hour prior at Rest Haven Funeral Home, 1601 Pennsylvania Ave., Hagerstown with Pastor Twyla Rowe and Reverend Steve Robison officiating.

The family will receive friends on Friday, June 3, 2022, from 6:00 - 8:00 P.M.
To order memorial trees or send flowers to the family in memory of Gregory Eugene Snyder, please visit our flower store.