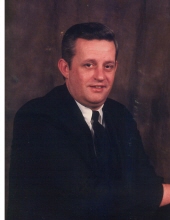 Born January 24, 1952 in Hagerstown, he was the son of the late William Lee and Maxine Elizabeth (Green) Smith. In addition to his parents he also was preceded in death by four siblings; Jeffery L. Smith, Richard L. Smith, David S. Smith and Debra M. Kegarise.

Mr. Smith retired as supervisor of maintenance from the Maryland Correctional Institute after 36 years of service. After retirement he became a full-time caregiver for his wife.

He was a member of the Improved Order of Red Men Tribe # 84, Williamsport and the Loyal Order of Moose Lodge, Hagerstown.

Funeral service and burial will be private and held at the convenience of the family.

In lieu of flowers memorial contributions may be made in Gregory's name to Doey's House, 747 Northern Ave., Hagerstown, MD 21742.

Rest Haven Funeral Home, Hagerstown is assisting the family with the arrangements.
To order memorial trees or send flowers to the family in memory of Gregory Scott Smith, Sr., please visit our flower store.