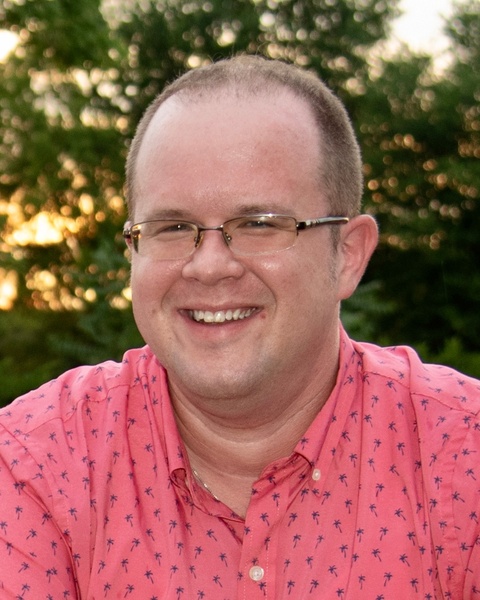 Harvey “Adam” Hogamier, 41, died unexpectedly at his home on Tuesday, September 13, 2022.  He was born on Saturday, April 18, 1981, in Hagerstown, Maryland, the son of the Rebecca Rosalie (Racey-Ford) Hogamier and the late Harvey Lee Hogamier.

Adam graduated from North Hagerstown High School, Class 1999.  He attended Hagerstown Community College until 2002 when he transferred to Frostburg State University where he graduated in 2005 with a Bachelor of Science degree.

While attending high school and college Adam worked part-time for Crazy Horse Steakhouse and Ruby Tuesday Restaurants.  After graduating Adam worked as a freelance web page designer until 2006.  Adam began his professional career with COACH Leatherwear in November 2006.  Adam remained with COACH until 2017, achieving the position of Assistant Manager.  While working for COACH.  he received three Leadership Awards in 2012, 2013 and 2014.  In April 2017, Adam accepted a position with Bruzzone Shipping as an Import Administer for United States Customs Broker.  He worked for Bruzzone until his death.

Adam was baptized in St. John’s Episcopal Church.  As a youth Adam participated in DeMolay International.  He was a member of Grace United Methodist Church and Christ Lutheran Church.  In 2017, Adam joined The Rotary Club of Hagerstown – Sunrise.  He served on the Fundraising Committee,  participated in all the Club’s service projects and was a Paul Harris Fellow.

Adam was absolutely the best son and friend.  He never created an ounce of worry for his father and I nor the community.  I would describe Adam has an old soul, we had the honor of sharing many of the same friends.  He touched so many lives through his Rotary service, his Twitch TV activities and the community.  He loved to travel but hated flying unless he could fly first class (free drinks until departure).  He loved horror movies.  I don’t; think he missed a new release.  He loved food and to cook, always modifying the recipes to spice it up.  Like his mother, Halloween quickly began his favorite holiday.  He never missed an opportunity to wear a costume.  As a youth he loved participating in the Mummer’s Parade, winning first prize for the best costume on two separate occasions.  Adam was a gift to his father and I and to those who knew him. He was loved by all who knew him.

Family will receive guest at Rest Haven on Saturday, October 22, 2022 from noon to 3:00 p.m. followed by a short memorial service officiated by The Reverend Robert Apar-Taylor.  The family invites guest to join them to celebrate Adam’s life at Antietam Brewery, Western Maryland Parkway following the service.

To order memorial trees or send flowers to the family in memory of Harvey "Adam" Hogamier, please visit our flower store.