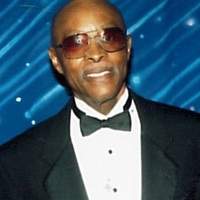 Henry Sheppard Smith, Sr., of Hagerstown, passed away Monday, October 7, 2019 at Meritus Medical Center.
Born April 17, 1936, in Dunn, North Carolina, he was the son of the late Sheppard and Mary (McClean) Smith. In addition to his parents, he was also preceded in death by a son, Haywood Smith; and his sister, Nancy McMillian.
He attended E. E. Smith High School in Fayetteville, NC, where he excelled as a star Varsity Linebacker.
Henry was a proud veteran of the United States Navy.
He was a member of Asbury United Methodist Church in Hagerstown. Henry was a dedicated member of the Neighborhoods 1st program and the YMCA in Hagerstown. He enjoyed 5k walks and participating in many charitable events. He was a member of the James E. Stewart Prince Hall F & AM Lodge #49 in New Market, MD.; 33 Lodge Western Maryland Consistory No. 270; Pythagoras Lodge #74; and the Anwar Temple Shrine No. 219.
Henry worked as a supervisor in maintenance for Pimlaco Race Course before going to work at Mack Trucks for 18 years as a machinist. He retired from the State of Maryland as an instructor at MCI.
Henry is survived by his loving wife of more than 42 years, Jeanne L. Litten; five children, Orlando Smith, Larry Smith, Joey Smith, Tonya Smith, and Henry S. Smith, Jr.; a brother, George Lewis Smith; eleven grandchildren; and numerous great-grandchildren.
The family will receive friends from 5-8pm on Monday at Rest Haven Funeral Home, 1601 Pennsylvania Ave., Hagerstown.
Funeral services will be held at 11:00 AM on Tuesday, October 15, 2019 at Asbury United Methodist Church, 155 Jonathan St., Hagerstown, with Pastor Sharon Gibson officiating. The family will also receive friends one hour prior to the service at the church.
Burial will be conducted with military honors on Wednesday at 11:00am at Rocky Gap Veterans Cemetery, 14205 Pleasant Valley Rd NE, Flintstone, MD.
Memorial contributions may be made in Henry's name to the Pulmonary Fibrosis Foundation, 230 E. Ohio St., Suite 500, Chicago, Ill. 60611.
To order memorial trees or send flowers to the family in memory of Henry Sheppard Smith, Sr., please visit our flower store.