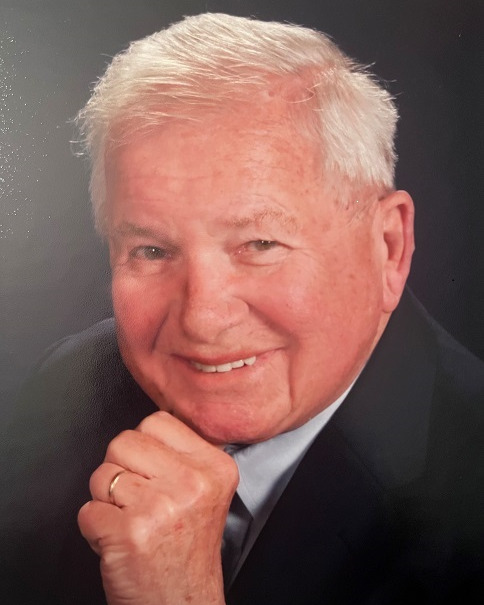 Herbert David Coss Jr., 88, of Western Howard County and formerly Washington County, MD, passed away peacefully at the Cottages of Salisbury in Richmond, Virginia. He was the loving husband of Constance Louise (Faulder) Coss.

Born on April 18, 1934 in Smithsburg, MD, he was the son of the late Herbert David Coss Sr. and Eleanor Mae (Unger) Coss. Herbert graduated from Boonsboro High School and continued his education at John Hopkins School of Engineering. He served his country in the United States Army where he obtained the rank of First Lieutenant. Herbert served in various vice president positions throughout his work in General Services, Interconnection Operations & Transmission, Marketing & Gas, as well as President and Chief Operating Officer for BGE home and Products & Services Inc. He was a member of First Lutheran Church in Ellicott City, MD for 61 years and served as President of the Church Council for two terms. He was on the Board of Directors for Millers Grant in Ellicott City, Bon Secours hospital and the Baltimore Urban league as well as the President of the Glennwood Lions Club.

Herb was loved dearly by his children and grandchildren. He was always slow tempered with a wonderful sense of humor. Family was his priority and later in life he never missed a chance to attend his grandchildren’s sporting and other events. When he had time, he enjoyed going golfing.

In addition to his wife, he is survived by his children, Julie Christmas and husband Tim, Steve Coss and Jennifer Ford; four grandchildren, Audrey and Caroline Ford and Trevor and Derek Christmas; sister, Gloria Jean Cunningham; nephew, John Cunningham and niece, Elizabeth Cunningham.

The family will receive friends from 10-11am on Monday, November 28, 2022 at Rest Haven Funeral Home, 1601 Pennsylvania Ave., Hagerstown, MD. The funeral service will begin at 11am. Interment will follow in Rest Haven Cemetery.

Expressions of sympathy may be shared with the family at www.rsthvn.com
To order memorial trees or send flowers to the family in memory of Herbert David Coss Jr., please visit our flower store.