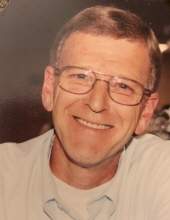 Jack Carson Koontz Jr. 69 of Oldtown, Md. passed on to His heavenly home on October 15 at Ruby Memorial Hospital in Morgantown, WVa.

Jack was born in Hagerstown, Md on November 24, 1951. He was the Son of Cora Emma (Gower) Koontz and the recently late Jack Carson Koontz Sr.

Jack was a Vietnam War Veteran and served in the United States Air Force with Honor.

He had a love of hunting with his son Brian and grandchildren Skyler and Brianna along with several of his close friends.
Jack enjoyed living in His Green Ridge Mountains.

Jack attended Evangel Baptist Church with his parents for many years. Jack had a love of singing like his Dad and loved sitting on his front porch with his guitar writing songs.

He was preceded in death by his wife Judith M (Knapp) Koontz.

Jack was loved by his many nieces and nephews, sister-in-law Peggy Diebert and husband Gene and several step grandchildren.

A Celebration of life is planned for a later time.

In lieu of flowers memorial donations can be made to Evangel Baptist Church, 17922 Broadfording Rd., Hagerstown, MD 21740.
To order memorial trees or send flowers to the family in memory of Jack Carson Koontz, Jr., please visit our flower store.