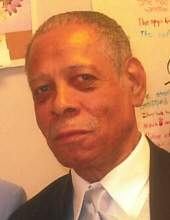 Born December 25, 1932 in Front Royal, Va. he was the son of the late, Luther and Mabel Brooks. In addition to his parents he also was preceded in death by his wife Pauline Jean (Smith) Brooks and four siblings, Luther I. "Irvin" Brooks, Jr., Elmer Brooks, Myrtle V. Harmon, and Yvonne Davis.

Mr. Brooks was a 1950 graduate of North Street High School, Hagerstown and attended Maryland State Teachers College, Bowie, Md. He was a US Army veteran and a member of the Morris Frock American Legion Post 42, Hagerstown.

Friends will be received on Saturday at the funeral home one hour prior to the service.

To order memorial trees or send flowers to the family in memory of James Edward Brooks, Sr., please visit our flower store.