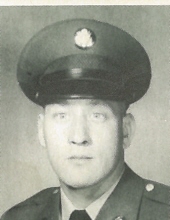 Born September 14, 1941 in Hagerstown, Md. he was the son of the late, Calvin James and Fayre Ellen "Aunt Bee" (Wolford) Gordon.

Mr. Gordon was a 1959 graduate of South Hagerstown High School.

He had worked for 23 years as a maintenance mechanic for Handy and Harmon of Martinsburg, W.Va. and then retired with 15 years of service for the Jamison Door Company, Hagerstown.

He was a US Army veteran of the Vietnam War and a member of the Williamsport American Legion Post 202 and the Improved Order of Redmen, Conococheague Tribe #84, Williamsport.

Burial will follow in Rest Haven Cemetery where military honors will be accorded.
To order memorial trees or send flowers to the family in memory of James Grant Gordon, please visit our flower store.