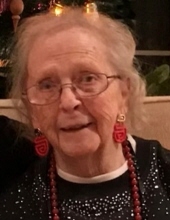 Janet was a member of John Wesley United Methodist Church, in Hagerstown. She retired from Spichers Appliances after 30 years and operated a stall at the Greencastle Antique Mall until it closed. She loved antiques, especially glassware. She was also a member of the Hagerstown Lioness Club.

Janet is survived by her son, Doug Paxson and his wife Deborah, of Bethesda, MD; and her two beloved grandsons, Ryan and Eric.

A funeral service will be held on Saturday, March 6, 2021 at 1:30 PM at Rest Haven Funeral Home in Hagerstown, MD with Reverend James Gross officiating. Burial will follow at Rest Haven Cemetery.

Rest Haven Funeral Home is assisting with arrangements.
To order memorial trees or send flowers to the family in memory of Janet Eleanor Paxson, please visit our flower store.